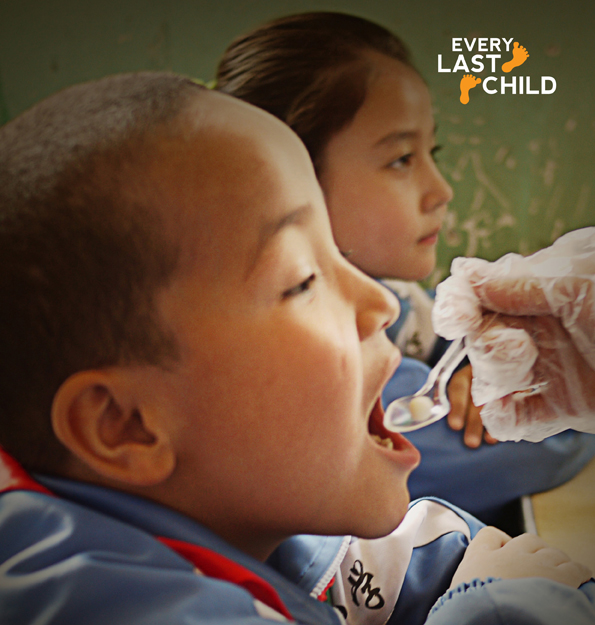 THE POLIO OUTBREAK IN CHINA

← HIP FOR HUMANITY: WC
IMMUNIZATION IN THE WPR → 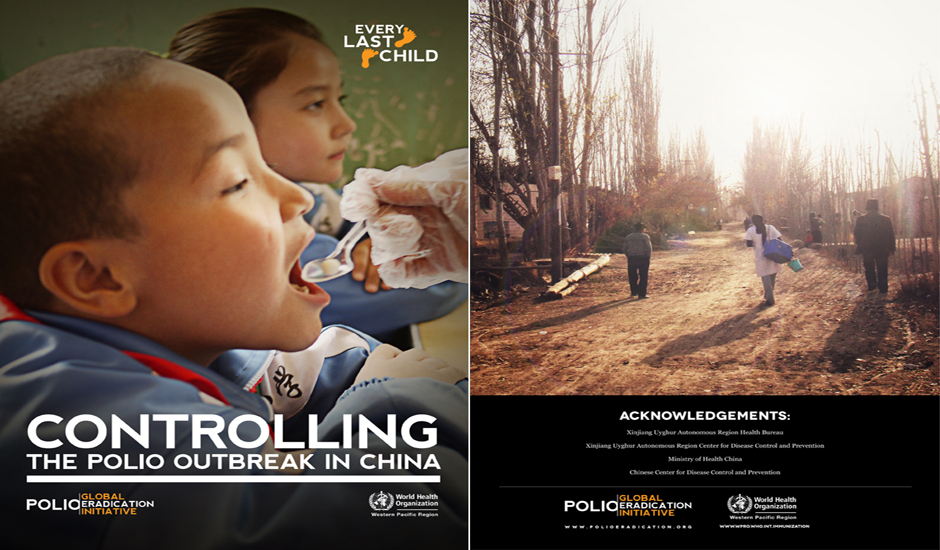 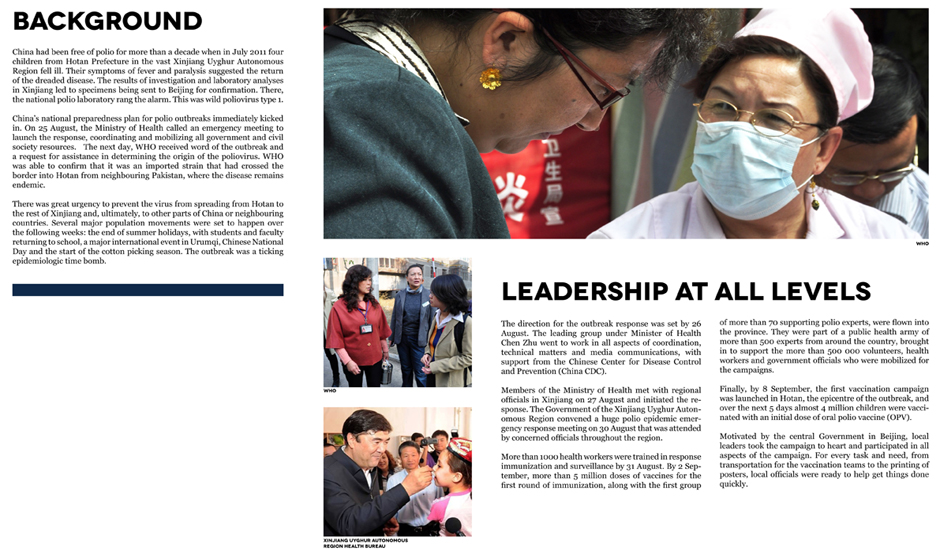 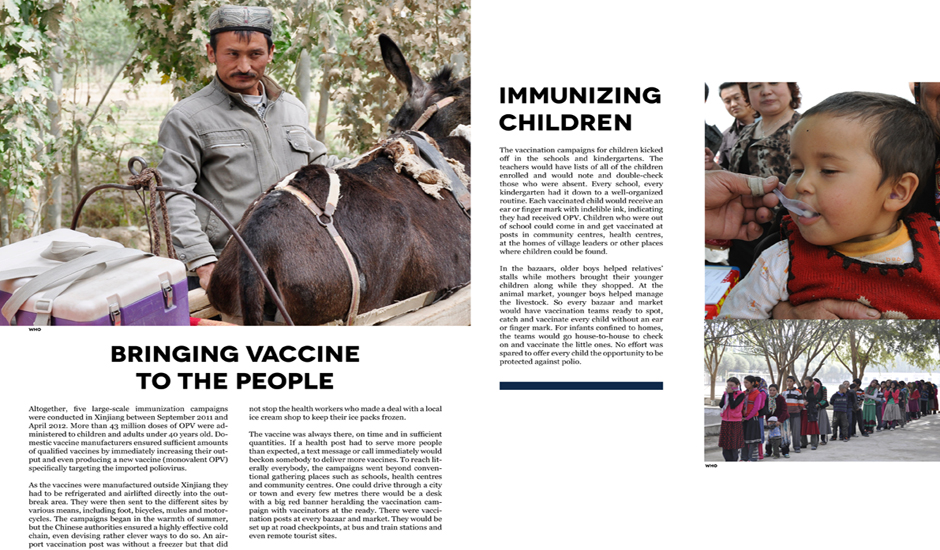 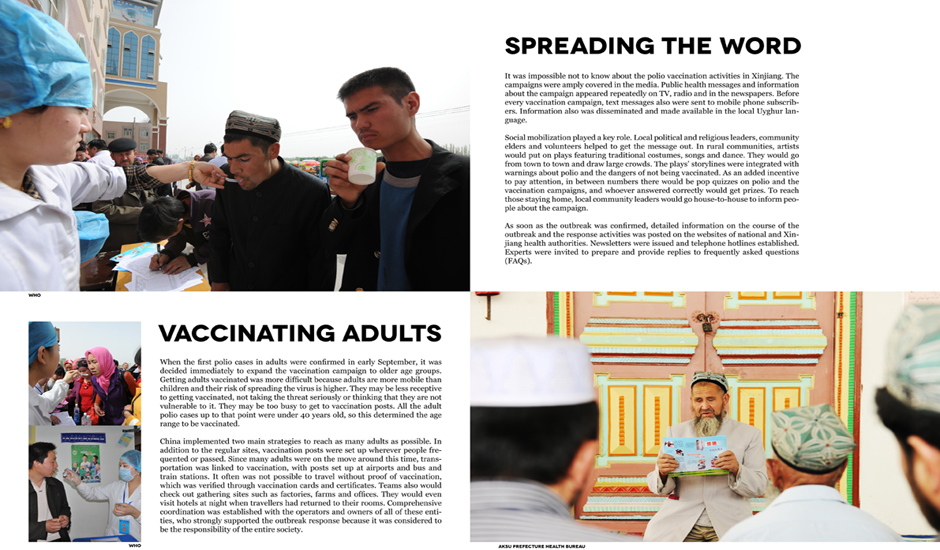 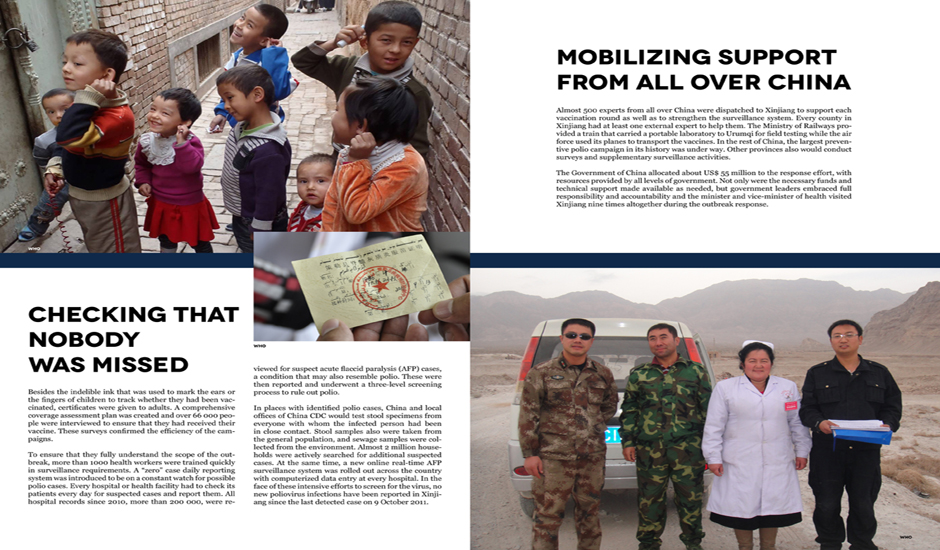 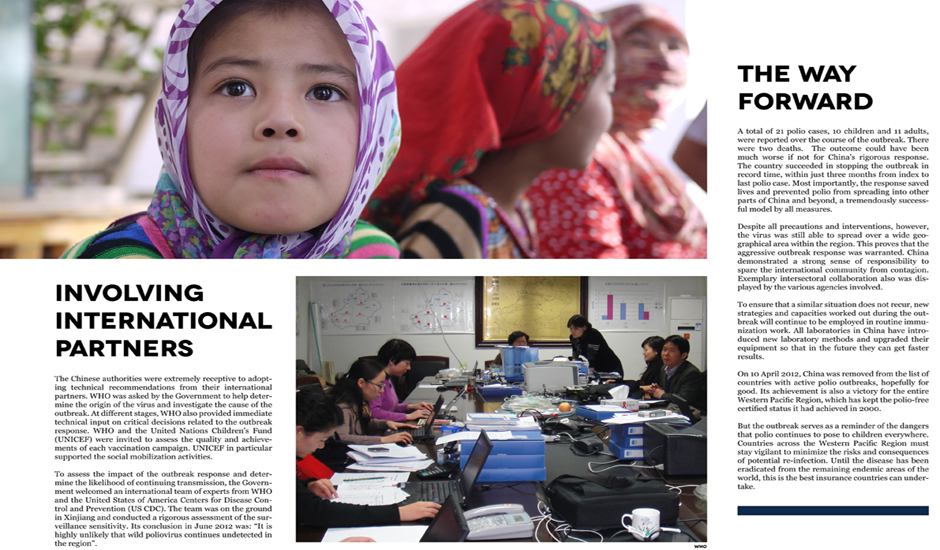 Scope of Work: Design and produce feature on the Polio Outbreak in China.

This is part 1 of a 3 document package that we produced for WHO’s regional efforts in fighting Polio. The region has been Polio free for 10 years now, but in 2011, there was a case that popped up in China.

Poliomyelitis (polio) is a highly infectious viral disease, which mainly affects young children. The virus is transmitted through contaminated food and water, and multiplies in the intestine, from where it can invade the nervous system. Many infected people have no symptoms, but do excrete the virus in their faeces, hence transmitting infection to others.

Initial symptoms of polio include fever, fatigue, headache, vomiting, stiffness in the neck, and pain in the limbs. In a small proportion of cases, the disease causes paralysis, which is often permanent. Polio can only be prevented by immunization.