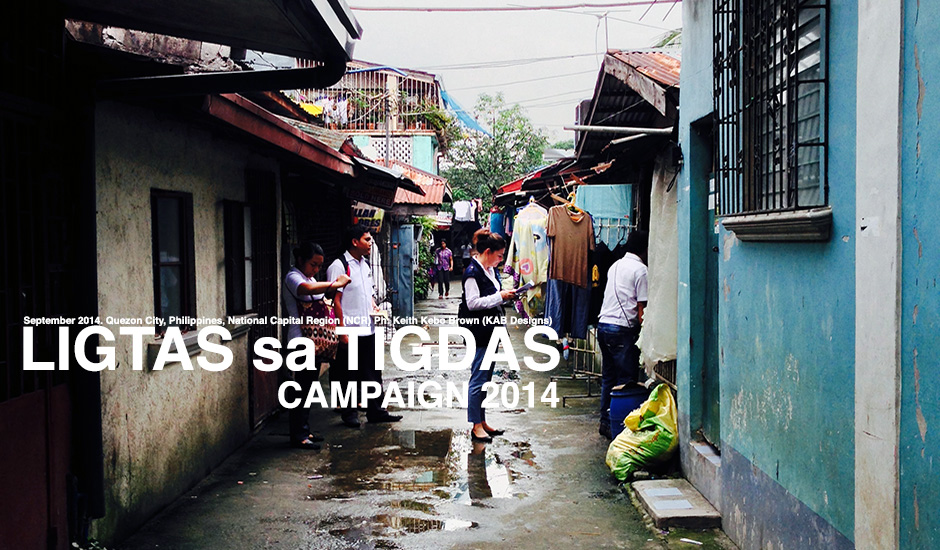 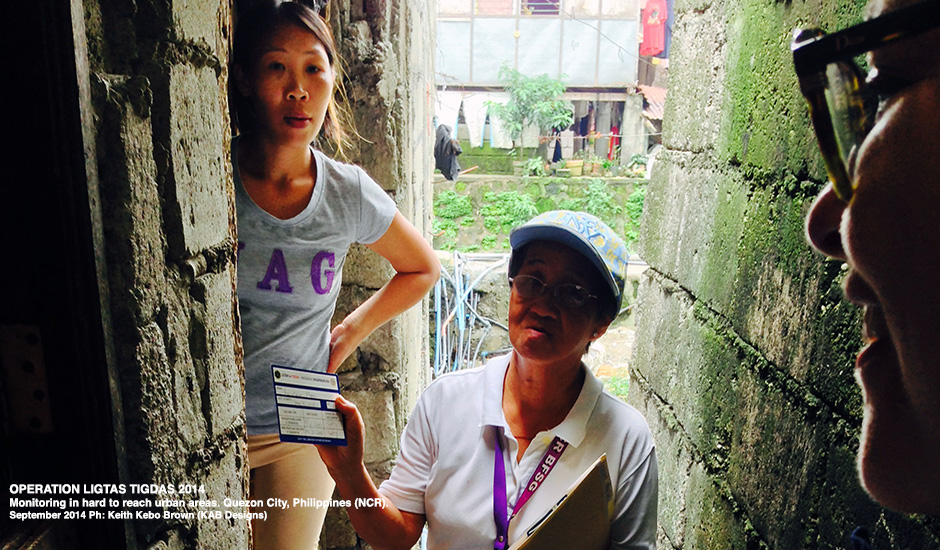 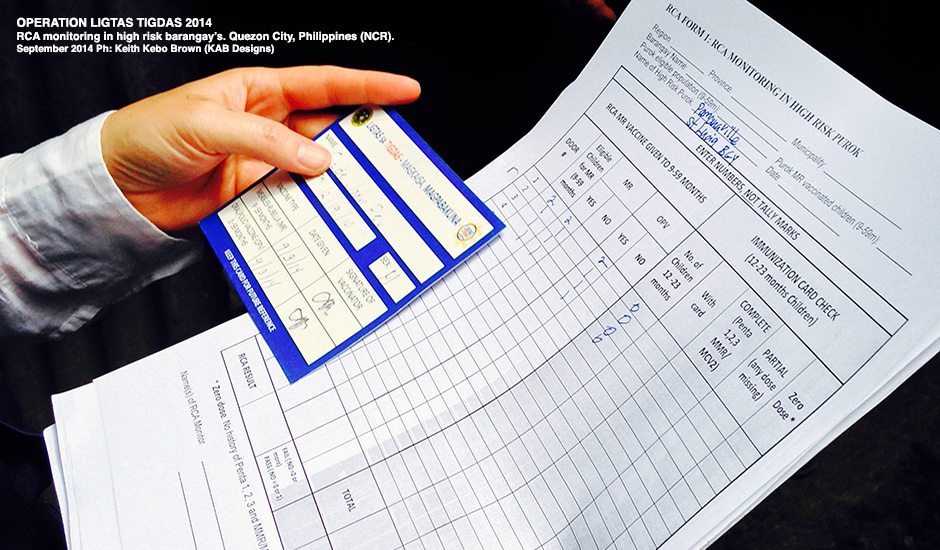 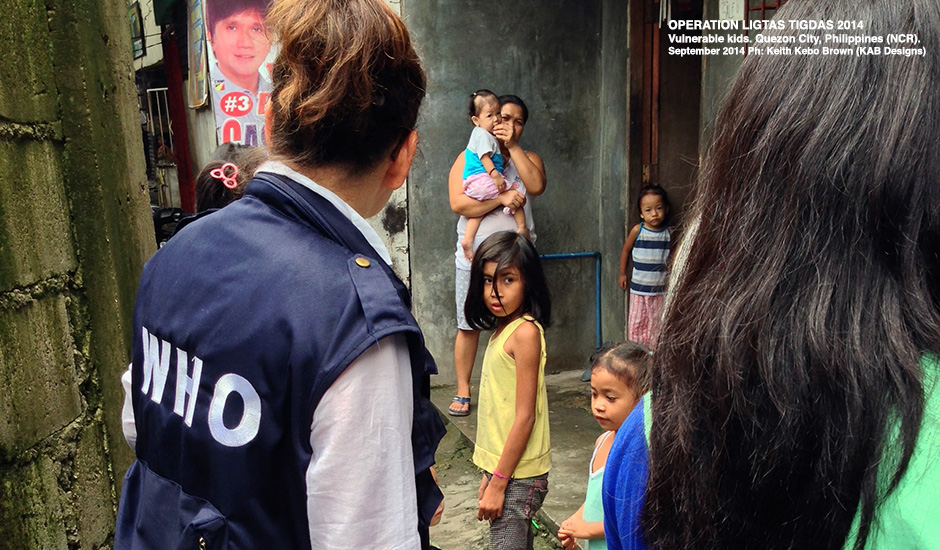 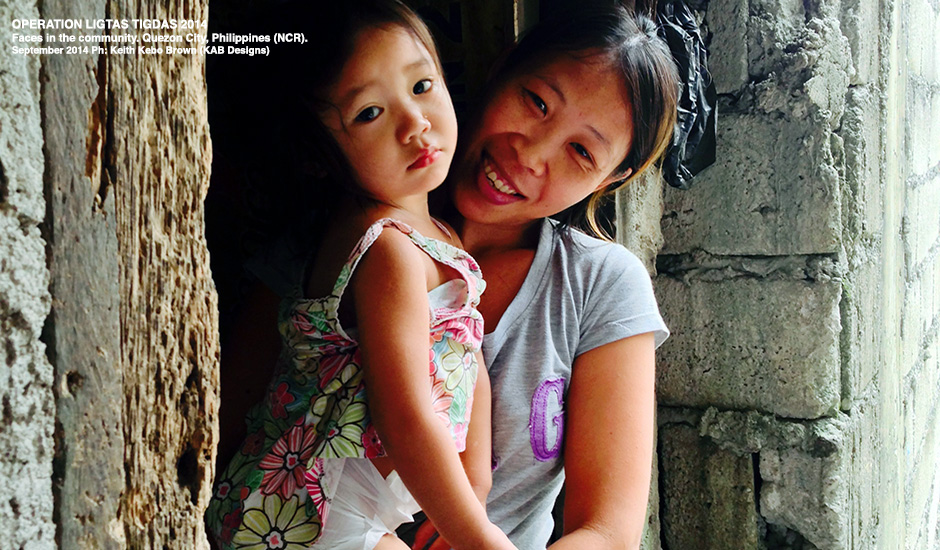 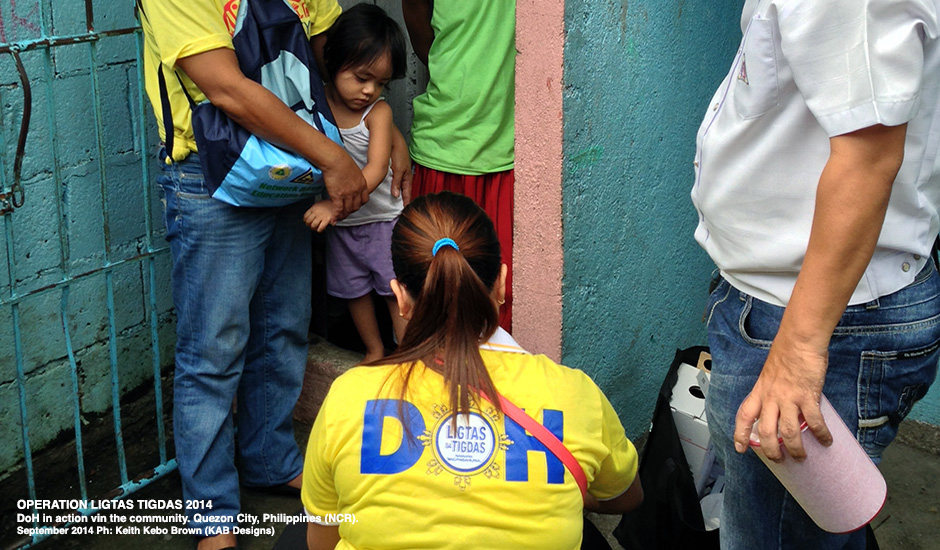 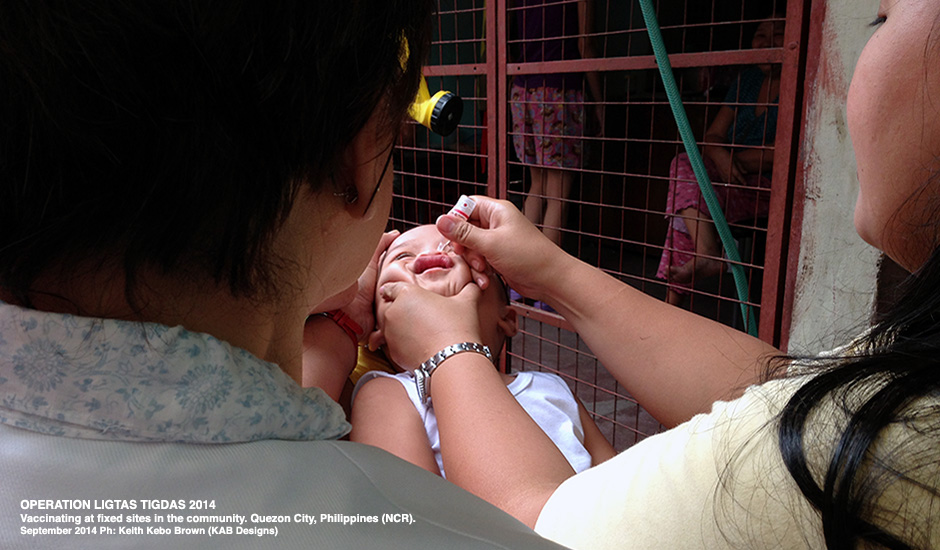 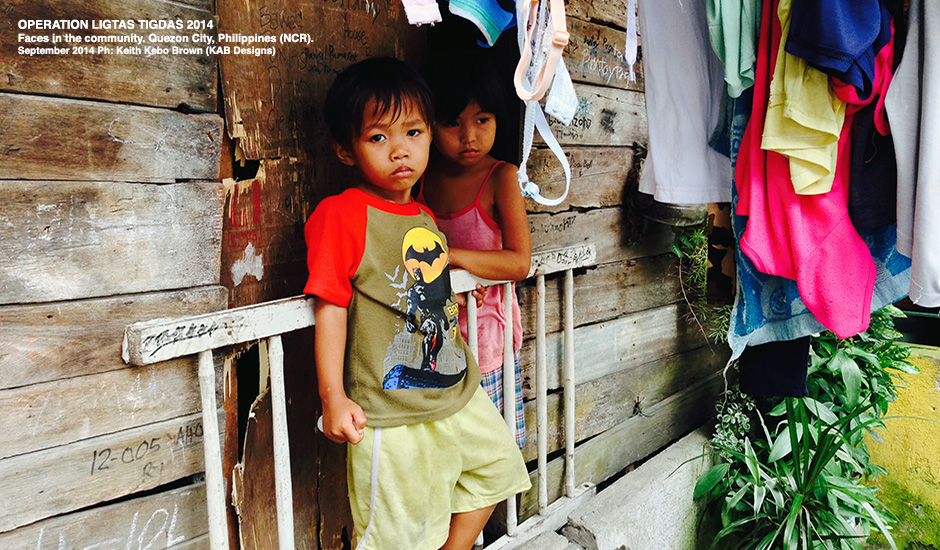 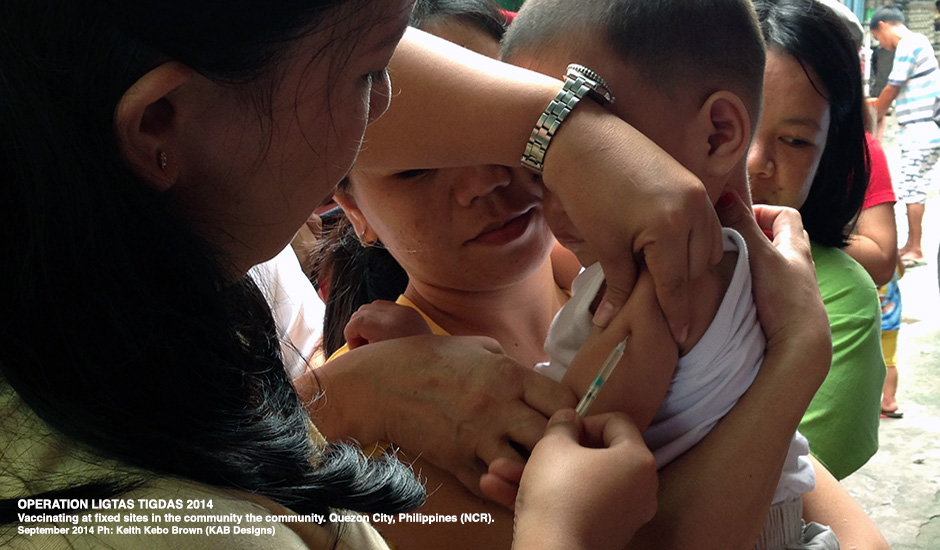 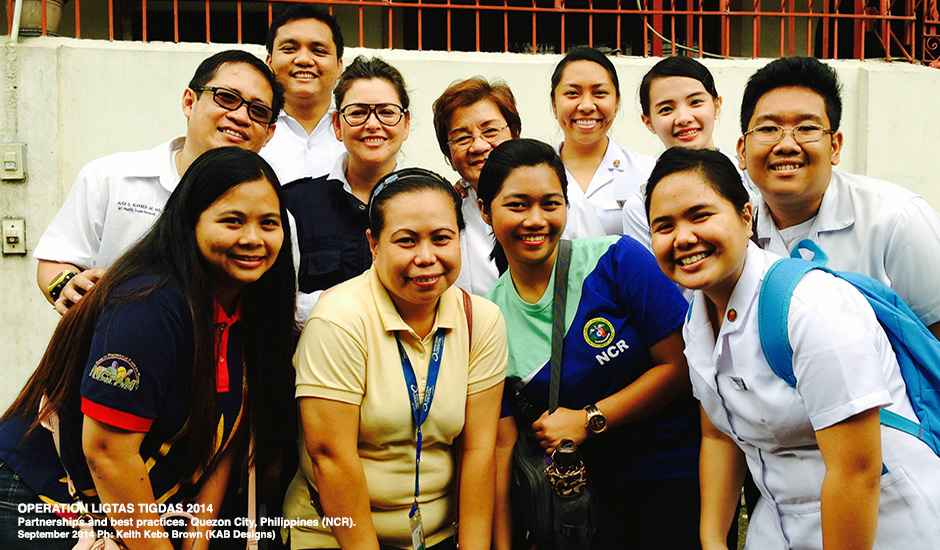 Brief: On August 28, 2014, I traveled from Geneva, Switzerland to Manila, Philippines and spent a day in the field with the World Health Organization (WHO), monitoring the Philippines Operation Ligtas sa Tigdas Campaign 2014. President Benigno S. Aquino III of the Philippines, led the launching of “Ligtas sa Tigdas at Polio,” a Mass Immunization Campaign spearheaded by the Department of Health (DOH) that aims to help lessen the growing cases of measles, as well as to make the Philippines a polio-free country.

The campaign intends to help the health department to achieve the Millenium Development Goal of reducing child mortality rate in the nation through free vaccines. The government planned to vaccinate an approximate 11 million children during the month of September 2014, aged between nine months old to five years old, against measles. Likewise, 13 million children would acquire free vaccination against polio.

All of the photos from my day of shooting were taken in Quezon City, one of the cities that make up Metro Manila, the NCR of the Philippines, on the island of Luzon. It is the most populous city in the country, and the largest city by area in Metro Manila, with many areas that are hard to reach, making many kids vulnerable to diseases that are preventable.

Enjoy these images from a hot, rainy and sweat filled day of shooting.